Páramo. A waterproof jacket with a unique difference.

Paramo offer a truly different solution to outdoor clothing and are bucking the trend for waterproof coatings and laminates with their patented Directional Clothing Systems.

Páramo, one of our favourite British outdoor clothing companies do things a little differently. They take an alternate step away from a classic membrane garment such as your classic British rain mac and use a system pioneered by none other than the father of Nikwax, Nick Brown. During the 1980s Brown became convinced that there was a fundamental flaw in the way waterproof fabrics commonly used in outdoor clothing worked, in the humid and cool, but not cold, environment in Britain. This is because the fabrics rely on a temperature and humidity gradient in order to breathe. Even then, despite little dedicated research at the time, Brown was concerned with the levels of microplastics and harmful PFCs used in the waterproofing process and how they would effect the environment around him. He vowed that he’d never utilise such compounds in his products. These ideas lead to the development of Nikwax Analogy fabrics. Páramo Directional Clothing was founded as a company in 1992 to make clothing based on the Nikwax Analogy technologies.

It’s all in the Analogy

The Nikwax Analogy Pump liner is actually based on the action of a mammal’s fur such as an otter – pushing water away from the surface of your skin to protect you from rain, Condensation, and sweat while maintaining efficient insulation. You have a two-layer system with an outer layer of closely woven polyester which is treated with Nikwax, it provides windproofing and durable water-repellency. The second layer is your pump liner, which draws water away from you such as sweat and condensation. Best combined with a moisture-wicking base layer, this system is wonderfully comfortable, quiet, and easy to move in. Available on all waterproof garments from Páramo.

Páramo was built around incredibly strong environmental and manufacturing ethics

With environmentally-minded designs and technologies as well as superb treatment of those who make their products, Páramo has had a highly conscious and ethical side since its founding in 1992. Though modest compared to the outdoor gear giants out there which frequently use an ethical edge in their marketing, it is Paramo that is truly leading the way in environmental and ethical practice.
We all know Páramo made a choice at their founding to help develop and create hardworking outdoor garments using the Analogy waterproof system in place of standard waterproof membrane technologies used on almost every other waterproof jacket and trouser out there. It was largely an ethical approach to design that made them do it.

Páramo’s partnership with the Miquelina Foundation in Bogotá, Colombia began in 1992 (The year of Páramo’s founding). This partnership gives valuable opportunities for vulnerable people – women at risk of rough living and drugs are offered training and employment, homes, and childcare. Over 80% of Páramo’s annual production occurs at Miquelina, including all our Analogy waterproof garments. All garments manufactured at Miquelina now carry the World Fair Trade Organization Fair Trade label.

The profits of the factory are reinvested in equipment and significant donations are made to the other associated projects, including a housing cooperative, canteen, nursery school, and training facilities. Miquelina has developed from a small section of a charity that survived on donations to an important source of employment and funding for community projects.

The Foundation provides employment and training for over 500 vulnerable women each year, who want to improve their lives. 130+ houses have been built, 200 under 5s attend the kindergarten and 300 children eat daily in the canteen.

Páramo garments offer significant advantages over other manufacturers’ garments in terms of durability and longevity. Fabrics and components are high quality; designs are classic and timeless, translating function into style. We have customers coming into our stores proudly wearing their old Páramo jackets from the early 90s. This gear when properly cared for really works well for countless adventures.
Loathe to fast fashion, any ethical company should take steps to make garments that last for as long as possible. Páramo keeps this statement close and would always rather make an item that lasts rather than one which will be thrown away or replaced…. speaking of…

All Páramo garments are covered by the Páramo recycling scheme

When eventually after years of good use your Páramo gear needs replacing, Páramo is always looking for the path of least environmental impact. The Páramo Recycling Scheme is their way of providing a safe route for the disposal of unwanted garments. They’ll take back any Páramo product (except underwear), and either find it a new home or recycle it into new fabric. As a reward for your effort in getting the old gear back to them, you can expect a generous discount on new Páramo products.
From an environmental standpoint, it is always preferable for them to repair items as opposed to recycling which is why they’ve also set up a second-hand store for items with more adventures yet to come.

Páramo stands near first and foremost for wildlife conservation. As outdoor lovers ourselves, this is something we should all strongly be behind. Páramo works closely with an organisation called World Land’s Trust, an organisation devoted to protecting the world’s threatened ecosystems, not just today, but forever. Páramo, since 2007 have donated to WLT’s Carbon Balanced Programme which ensures the company’s carbon emissions are offset. Not just this but Páramo also makes a matching donation to World Lands Trust’s most urgent appeals. The WLT Action Fund provides the means to make land purchases where ecosystems are under imminent threat.
Páramo is also a member of the European Outdoor Conservation Association, a group of businesses in the European outdoor industry, which includes Paramo and its sister company Nikwax (founded by EOCA member and passionate naturalist Nick Brown) that collectively raise funds for conservation projects worldwide.

Poly-fluorinated compounds (PFCs) are commonly used in the making of clothing and outdoor gear, but at a cost to human welfare and the environment. PFCs are a family of chemicals with very useful water and oil repellent properties, and as such are often applied to outdoor clothing. However, PFCs also have some very undesirable properties; all PFCs are persistent in the environment meaning they cannot be broken down by natural processes, and many members of the PFC family have been shown to be bio-accumulative, meaning that they build up in the bodies of animals and bodies of water. Páramo along with sister company Nikwax have both lead the way in outdoor water resistant innovations which do not require the need for PFC additions in order to make their gear outstandingly high performance. Nikwax aftercare products are manufactured from raw materials in Nikwax’s own facility in the UK, allowing 100% confidence that PFCs are not used. In contrast, the Páramo supply chain makes use of third party textile mills around the world, and it has always been challenging to know exactly which chemicals are applied to the fabrics they buy. If it uses PFCs, Páramo are not interested.

Take a look at our fantastic range of Páramo gear HERE and upgrade your Autumn and Winter kitlist. 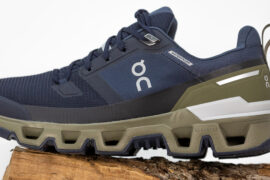 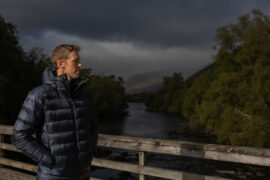 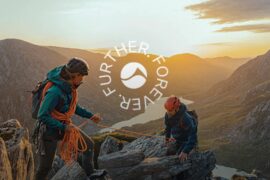 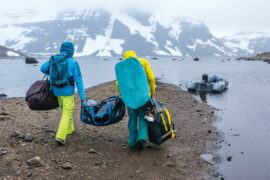 Patagonia then vs now: Are they still a sustainable giant? 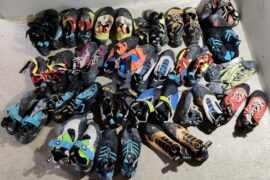 Our climbing shoe range overview – which is right for you? 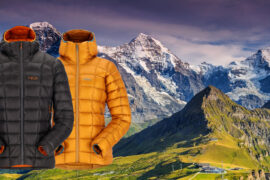 Is this Rab’s ultimate lightweight down jacket?